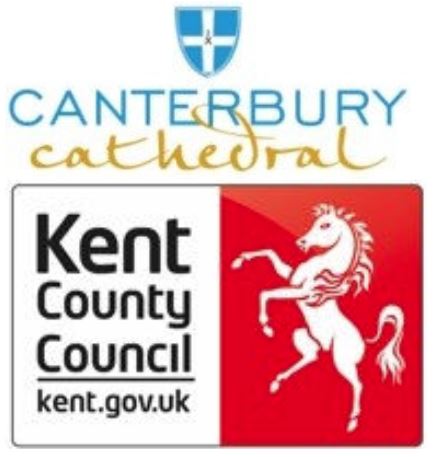 Do you have ancestors from Kent? Discover if they were buried there in records spanning over 400 years. These records may reveal where and when they were buried, as well as their spouses’ and fathers’ names. These records constitute a valuable resource for researching ancestry in Kent and have been provided in association with Canterbury Cathedral Archives, The National Archives, Kent County Council, Medway Archives, the North West Kent Family History Society, Val Brown and the College of Arms, the official heraldic authority for England, Wales, Northern Ireland and much of the Commonwealth including Australia and New Zealand. The records will provide you with details found in the original parish register. For a full list of all parishes and date ranges currently covered, view our parish list.

There are both transcripts and images of the original burial registers where available within these records. While the amount of information provided varies, usually include a combination of the following information about your ancestor:

The birth year is created from the age given at the time of death. In some cases, the individual’s age may have been an estimation.

Kent is a county in the southeast of England. It borders London, Essex, Surrey, and Sussex, and nominally France, midway through the Channel Tunnel. Maidstone is the county town of Kent.

A burial record records the date and places an individual was buried. It is not the same as a death record, which is a civil record. Deaths were not recorded by the state until 1837. If you find your ancestor’s burial record, it would be useful to search for your family name in that same parish. People were often buried together or in the same parish as their relatives. This could lead you to discover more ancestors.

The records include all parishes that are within the Archdeaconry of Canterbury and agreed to online publication. There are four parishes that withheld consent for publishing images of their records. As such, where provided, you will only be able to search transcripts of their records: Cheriton St Martin, Harbledown St Michael, Ramsgate St Luke, and Shepherdswell (also known as Sibertswold) St Andrew. Original records for each of these four parishes can be consulted on microfilm at Canterbury Cathedral Archives.

Three ancient Thanet parishes can be found within these records: St John in Thanet, St Lawrence in Thanet, and St Peter in Thanet (rather than under the names Margate, Ramsgate, and Broadstairs respectively). As well as records from St Martin's Church in Cheriton. This ancient church is in Horn Street at the western edge of the town. This set of 4,546 records covers June 1842 to May 1851 and December 1907 to January 1958. Although it is a Church of England parish, the burials include many other denominations. The burials include 8 of the civilians killed in the German bombing on 25 May 1917 and 24 Commonwealth War Graves Commission graves from both wars.

The original records for Keston and St Mary Cray are held in the Historic Collections Library in the Central Library, Bromley

Notable individuals in these records

Within these records, you can find the English landscape painter Thomas Sidney Cooper. He was particularly known for his depictions of farm animals in his paintings. From the records, we learn that he died in 1902 and was buried on 13 February 1902. By looking at the image of the original register, we discover that he was residing at Harbledown at the time of his death. Cooper had purchased land in Harbledown in 1848. The house he built there was named Vernon Holme, in homage of his early patron, Robert Vernon.

James Simmons, the founder of the Kentish Gazette, can also be found in these records. The year prior to his death he was elected as a Member of Parliament for Canterbury. On the original burial register, it reads: "James Simmons Esq., one of [the] Representatives in Parliament for this City, and Senior Alderman of the same, aged 66 years." We also learn that he was buried on 30 January 1807.